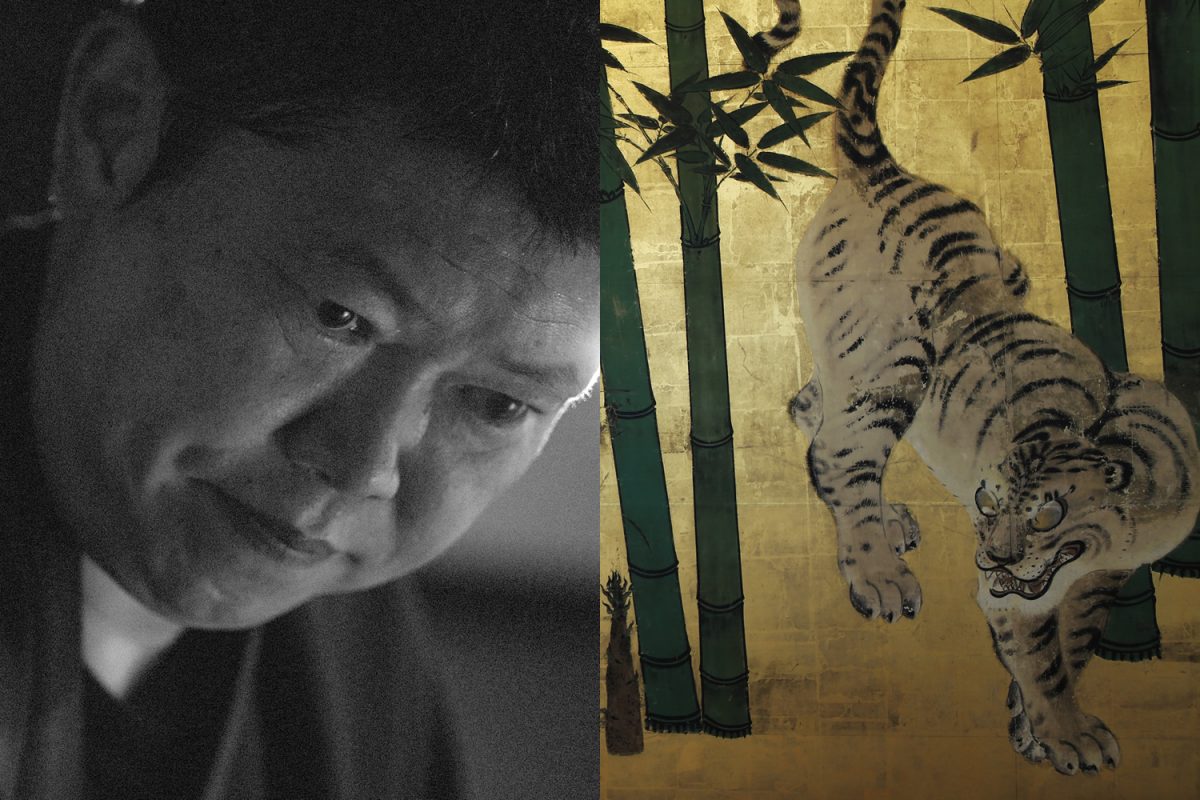 Hiroto was born in Kyoto’s Nishijin weaving district. Following in the footsteps of his father who perfected techniques for using gold leaf in Nishijin brocade weaving, he has made a name for himself in Japan and around the world, using gold leaf in art, interior décor and other modern applications. He also works as an art restorer in Japan and abroad. Designated a traditional artisan by Japan’s Ministry of Economy, Trade and Industry, he has donated and exhibited several of his works.
He perfected painstaking techniques for restoring the “Wind God and Thunder God” folding screens, a National Treasure held by Kenninji temple in Kyoto, successfully reproducing the work’s original appearance. He is involved in a project to reproduce artworks held by the Seattle Art Museum, New York’s Metropolitan Museum of Art and other museums abroad. He also continues producing his own works that focus on the surface of the gold leaf itself. He exhibited a modern kitchen decorated in gold leaf produced in collaboration with Nakatsu Furniture as part of the “Waza Department 2016 ” event held by Happo-en.