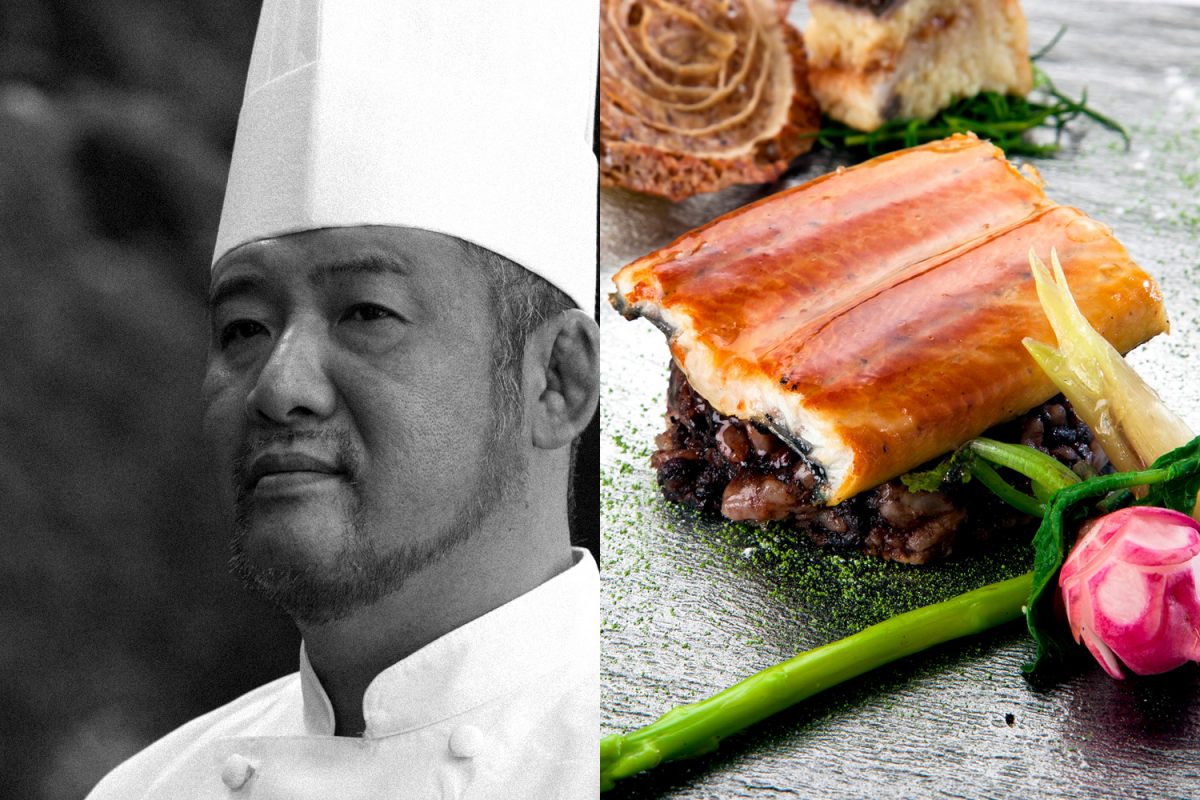 After graduating from an Osaka culinary academy in 1987, Suzuki went to work at a hotel in Hamamatsu, where he learned French cuisine under chef Laurent Malnuit and became captivated by the nuances of that cuisine after tasting French sauces prepared by Etsuo Jo of the French restaurant Vincent. Having learned the importance of persevering in order to prepare a single dish, Suzuki changed jobs and began working for the Kuretakeso Group, operator of hotel, bridal and restaurant businesses in Shizuoka Prefecture.
He realized that cuisine needs to be fancy and exude a certain sex appeal in order to attract diners and has devoted himself to developing new interpretations of traditional dishes. He is able to give free rein to his fastidious tastes and now supervises all of the Kuretakeso Group’s culinary activities.
Suzuki created the White In Takasaki’s Gunma cuisine and Shizuoka cuisine, highlighting the appeal of Shizuoka, as part of Happo-en’s Omotenashi Cuisine featured in the “Waza Department 2016” event.