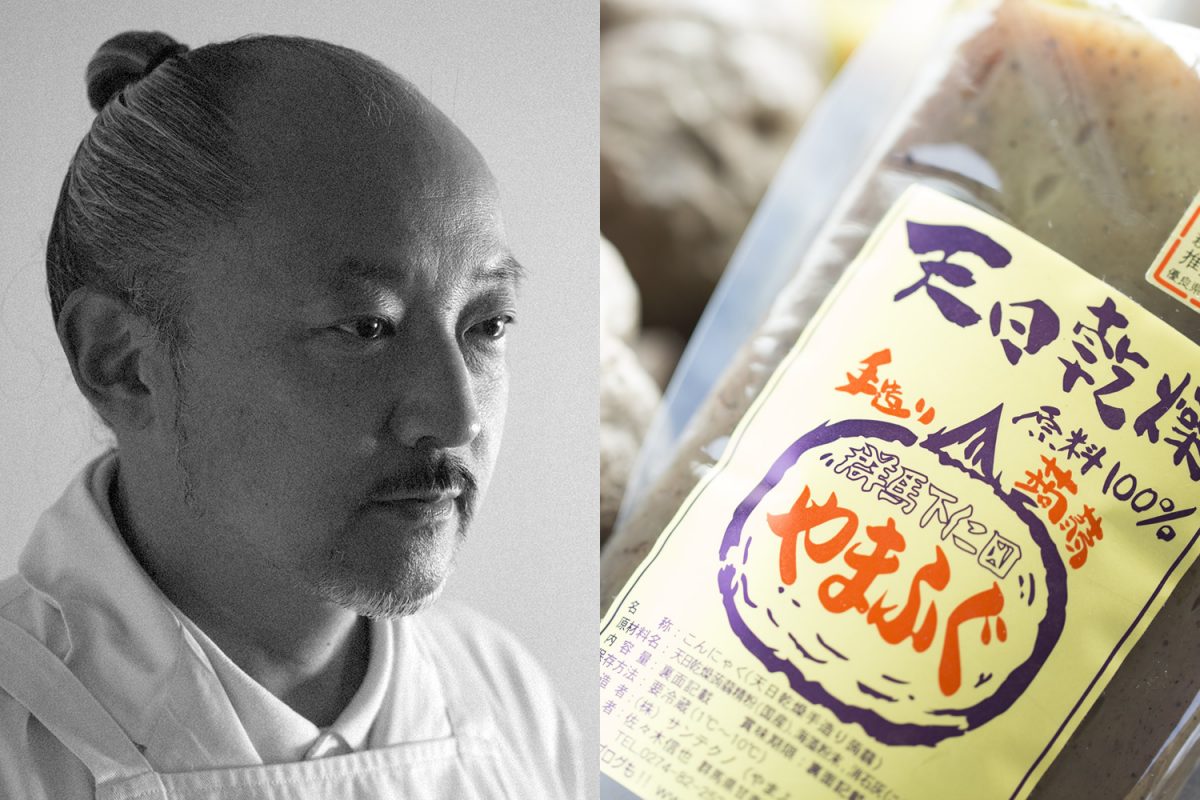 Designated the one and only konnyaku “meister” in Gunma Prefecture, Shinya Sasaki has continued making konnyaku devil’s tongue paste by hand in the same time-honored way for the past 50 years. He is the third generation to run the family business, Yamafugu Honpo, founded over 100 years ago. Using techniques passed down from his predecessors, he developed sashimi-style konnyaku, promoting the year-round use of konnyaku, which was originally a food eaten only in winter.
He has also studied new techniques to create konnyaku noodles and other foods, and runs a konnyaku-making class that has been attended by over 2,500 people. He is a member of the Sukiyaki Japan Project.